“Leave your orphans behind, I will keep them alive; And let your widows trust in me.”
Jeremiah 49:11

The H2O orphanage was opened in January 2008 and right from the start the 30 children received Christian education. Each day began and ended with prayers and hymns, and during the day there was Bible study and teaching.

Almost as soon as the orphanage was opened people from Um-phang village would come and ask for prayers. Eventually the villagers would congregate on the veranda and join in with the children when they sang hymns and prayed.

About 6 months after the orphanage was opened a young pastor from Burma came and offered to help us for a few days. The few days became weeks and the pastor (Gum San) eventually got married to our orphanage house-mother (Esther). 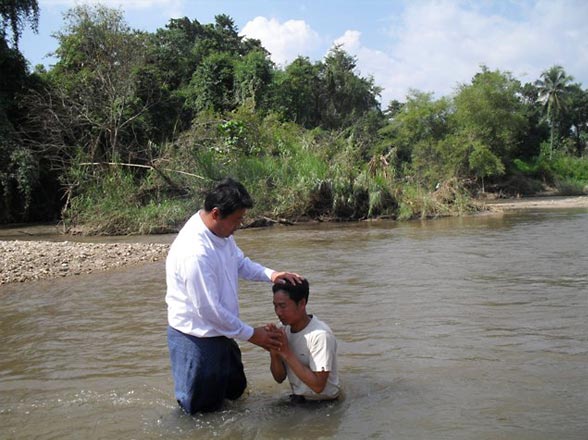 The church is growing rapidly and more than 80% of the congregation have been baptised by Pastor Gum San.

In April 2009 we applied to the Thai government to have our orphanage work in Um-phang registered as a Thai foundation. In October of the same year the approval came through and included in the approval was permission for us to start a Christian church.

After receiving government approval for our church Pastor Gum San started to organise Sunday services and opened them up to the general public. The congregation soon started to grow and today there are more than 125 members in the congregation.

The first church building was built by Pastor Gum San and helpers from the congregation, it was a bamboo structure with a straw roof, and was called Shalom Chapel. This building served its purpose until 2011 and then the congregation decided to build something more permanent. This time the sanctuary had concrete block walls and a sheet metal roof, and amazingly the entire building was constructed for only 3500 EUR. 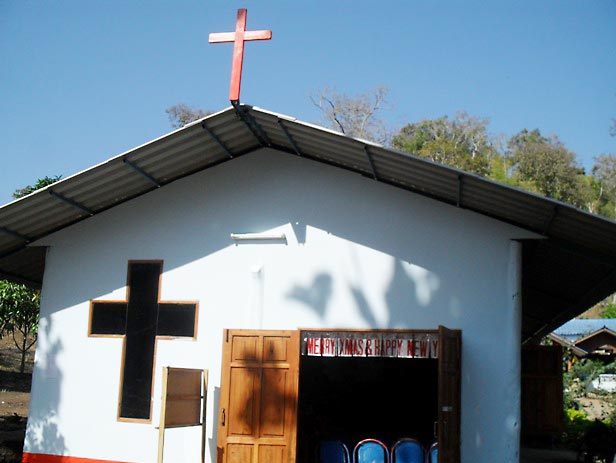 The church concrete sanctuary built by the orphanage team.

The church congregation is very active: there are daily prayer sessions, mid-week Bible study meetings, and a Sunday school for children. The church has 4 deacons, a praise group, and several members have been sent to study at Bible schools in Mae Sot and Bangkok.